Hundreds of thousands of people are gathering around their phones every day to play a revolutionary new game called HQ Trivia, in which users play trivia for real money.

The app and trivia game was developed by Vine creators Rus Yusupov and Colin Kroll and is available worldwide on the App Store and Google Play. The user-friendly live games have a lure of winning a real cash prize has brought more than 2 million people to play at once. 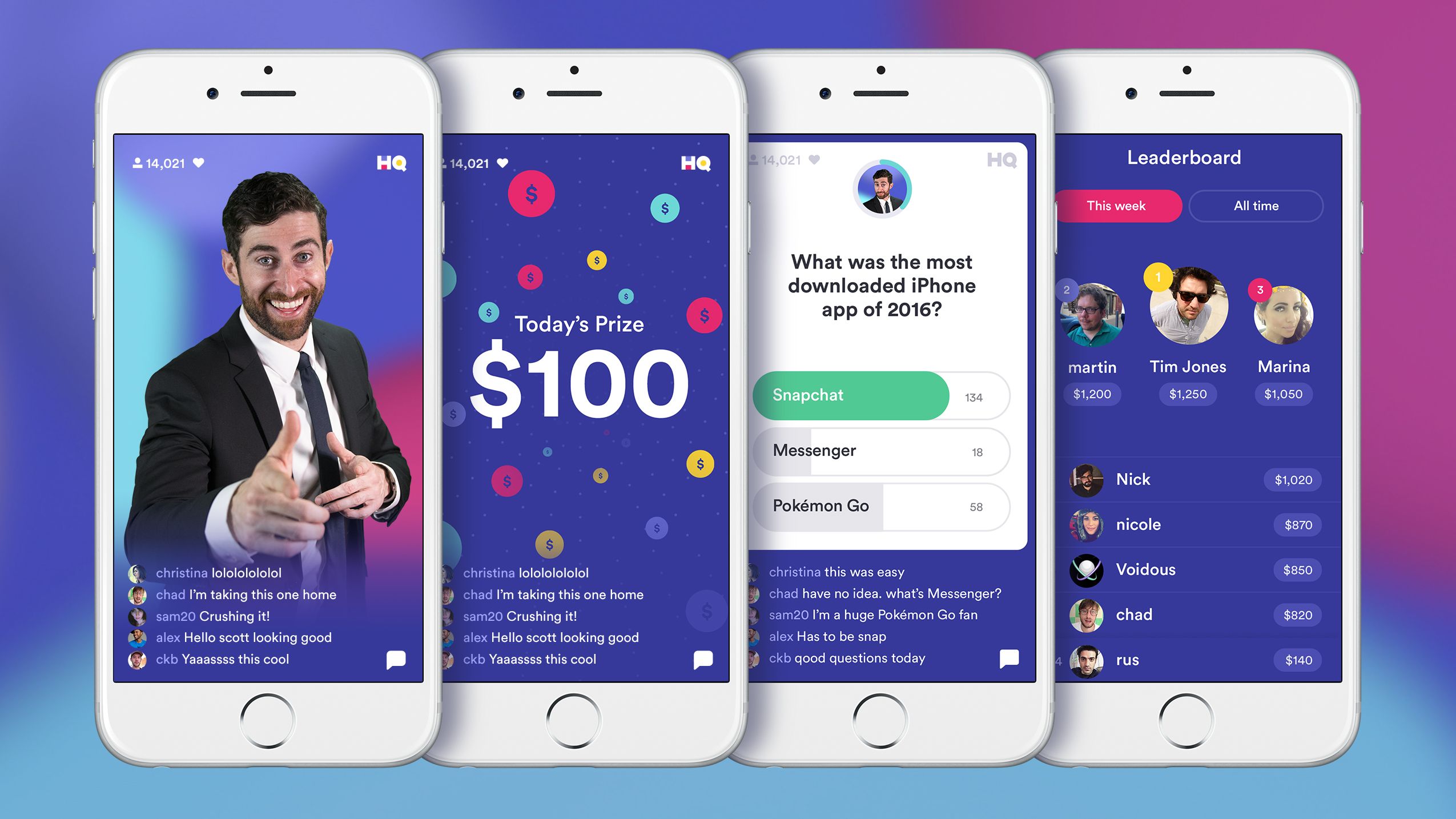 The target audience of HQ Trivia is United Kingdom and North America. The average number of participants range from 600,000 to 1.6 million per broadcast with over 2 million concurrent players on occasion.

Usually the host asks 12 increasingly difficult multiple choice questions with three possible answers. The number of questions can vary from 12 to 17. Players who answer correctly within the 10-second limit (starting from when the host begins reading it) move on: the rest of participants are eliminated. HQ’s creators explain that the 10-second rule keeps the questions from being Google-able. Questions that eliminate more players than move on are considered “savage questions.” Participants who answer all 12 questions correctly split the prize money.

When HQ creators released the game in August, jackpots were around $100. After some time they raised it to $1,000. Occasionally the jackpot went much higher. The prize is now $2,500 on Monday through Saturday. For Sundays, special events or holidays there are different prizes up to $50,000. The creators have stated that they plan to someday increase prizes to $1,000,000. Winners split the jackpot. If no one wins, the money carries over to the next game.

For the cash out, you can use PayPal account. Several months ago, winners had to collect $20 in prize money before they could cash out. But now there is no minimum.

Sometimes, HQ gives larger prizes on Sunday nights. It is usually related to a big number of participants.

Steps for creating a live show

Are you excited to create your own HQ live show? It is actually very easy to do!

As we can see from the example of HQ Trivia, they use online polling as the main tool for audience engagement. Audiences love answering multiple choice questions, that is why it is so effective for live shows and for various events.

One of the most productive tools for voting is ExciteM’s real-time polling tool. This tool helps you captivate your audience across multiple platforms, in real time. This is one of the most powerful real-time omni-channel polling solution for media, broadcast, TV and web. It integrates with your Chyron, VizRT, Ross, Grass Valley systems (no hardware required). Also, it takes less than a minute to setup.

Here are some tips on how to create a poll for your live show using ExciteM.

This polling platform is the best solution to engage your audience live on-air and via Facebook, Twitter, web or mobile at the same time. It is very easy to operate because no hardware is required and it just takes several seconds for an idea to become an on-air or social poll. It will work perfectly for your next live show by providing real-time graphic generation and real-time results.

Ready to rock your live show?